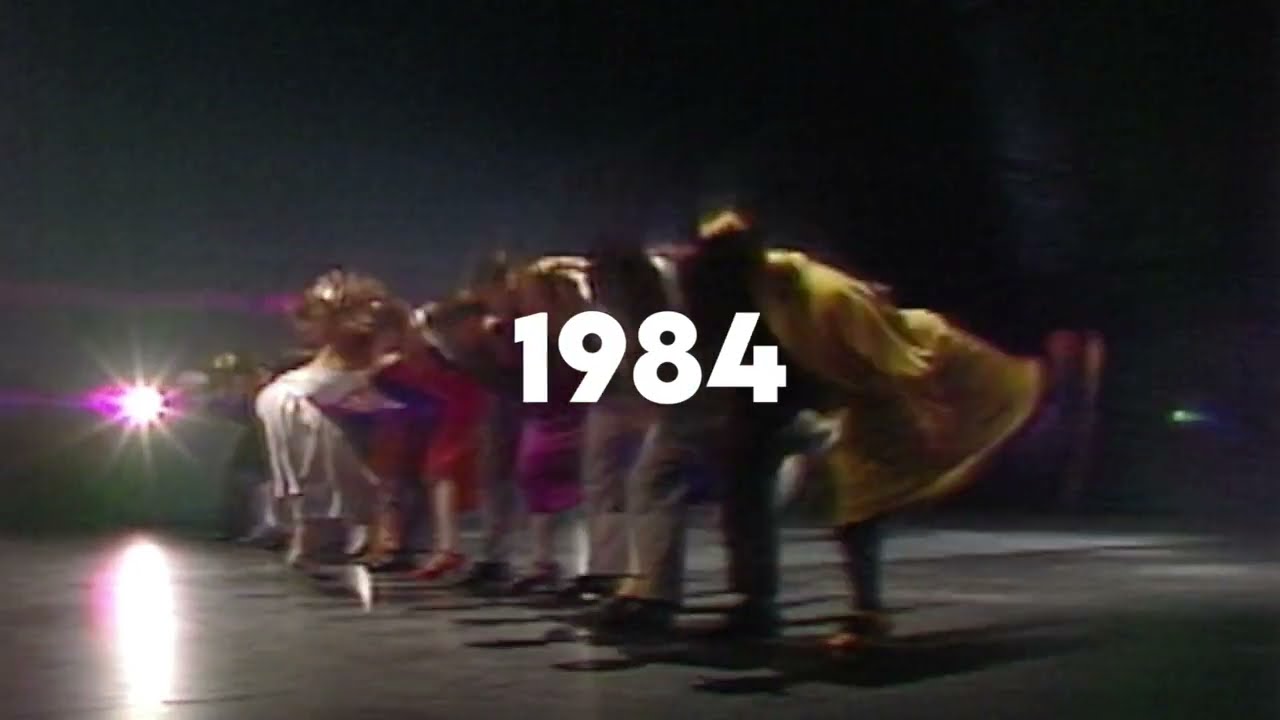 Watch the last episode of our webseries!

QUOTE
“Above all else, guard your heart, for everything you do flows from it.”

Born in Brazil, Gustavo began his professional path as a dancer in his hometown, Goiânia, under the direction of Gisela Vaz. He then joined some of the best contemporary dance companies in the country such as Deborah Colker cia de Dança and Balé da Cidade de São Paulo. He continued his career in Germany, where he danced for Ballethagen and Staatstheater Augsburg. In the course of his career, he has performed works by many renowned choreographers such as Ihsan Rustem, Stephen Delattre, Itzik Galili and Cayetano Soto.  He joined the company in 2020.

QUOTE
“The perfect song is framed with silence. It speaks of places never seen.”

Originally from Virginia, John Canfield grew up training at local dance studios before moving to Canada to attend Canada’s National Ballet School in Toronto. Upon graduating in 2014 he joined the Alberta Ballet, where he danced for five seasons, working directly with choreographers Aszure Barton, Jean Grand Maitre, Anne Plamondon, Yukhichi Hattori and Wen Wei Wang, among others. In 2020, John joined Cas Public as a dancer, performing the work of Helene Blackburn for one season. In addition to his involvement with a number of private movement research programs across Canada, John has also attended Springboard Danse Montréal as well as Creative Gesture at the Banff Centre for the Arts. He joined Ballets Jazz Montréal in 2021.

Originally from Panama, Diana began her dance training at Academia de Danzas Steps. Upon completing her training, she continued exploring contemporary dance and ballet at the Boston Conservatory. Diana had the opportunity to attend various intensive programs and festivals such as Juilliard Summer Intensive, VIM VIGOR, Springboard Danse Montréal, Opus Ballet and b12 in Berlin. She has also worked under the direction of distinguished choreographers such as Shannon Gillen, Catherine Coury, Loni Landon, La Intrusa, and Darrell Moultrie among others. She joined Ballets Jazz Montréal in 2020.

QUOTE
“Dance expresses joy better than anything else.”

Born in Paris, Astrid Dangeard obtained her National Diploma in Choreographic Studies in 2016 with honours from the jury at the Conservatoire de Boulogne-Billancourt in the Paris region. At the same time, she studied classical acting at Cours Cochet Delavène in Paris. In 2017, she moved to New York City to study at the Steps On Broadway dance studio, as well as with the Bob Fosse Legacy. Simultaneously, she pursued acting training, delving into Contemporary American Theatre. In New York, she danced for choreographer James Kinney and played the role of Déa in The Man who Laughs at the Producers Club. In 2020, she played “Iris Kelly” in Casino de Paris’ production of Fame, directed by Ned Grujice. Astrid appeared in several music videos, such as the one created for the song Flame by French artist Naë. She joined the Ballets Jazz Montréal in 2020.

QUOTE
“Be fearless in the pursuit of what sets your soul on fire.”

Born in Nelson, New Zealand, Hannah Kate Galbraith began her dance training at the Rebecca Bignall Academy of Dance and Southern Ballet Christchurch. She then studied at the Tanya Pearson Academy in Sydney, Australia, under the direction of Lucinda Dunn. At the age of 17, she moved to New York City to study at the Ailey School as a scholarship student under Milton Myers, Ana Marie Forsythe, Caridad Martinez and Jacquelin Buglisi. In the course of her journey, she performed works by Alvin Ailey, Annabelle Lopez Ochoa, Cayetano Soto Ramirez, Ronald K Brown, Dwight Rhoden. Hannah has worked with many renowned companies such as Alvin Ailey American Dance Theatre, Complexions Contemporary Ballet and Futorian Dance. She joined the company in 2020.

Shanna Irwin grew up in New Jersey, USA, where she began training as a competitive dancer. She switched her focus towards ballet when she was accepted into The New Jersey Dance Theatre Ensemble, under the direction of Nancy Turano. She spent summers training with World Dance Movement- Italy, Complexions Contemporary Ballet, and The Vancouver Arts Umbrella. Irwin went on to continue her studies at Marymount Manhattan College, under the direction of Katie Langan. She began touring with Complexions Contemporary Ballet during her senior year and graduated with a BFA in Dance in May 2014. She completed five seasons with Complexions, and in 2019 accepted a position with Ballets Jazz Montréal. A recognition from Dance Teacher Magazine said, “Shanna Irwin has been dazzling audiences with her undeniable strength, full-bodied performances, and eternally lengthened lines.”

QUOTE
“If you want to fly, give up everything that weighs you down.”

Born in Dallas, Texas, Ausia Jones is a graduate of the USC Glorya Kaufman School of Dance with a focus on choreography.  Throughout her career, she has had the honour of performing works by William Forsythe, Robert Battle, Cayetano Soto, Azure Barton, Jiri Kylian, and more. She also has received many awards including Young Arts winner in both choreography and dance. During her time at USC Kaufman, she trained at Hubbard Street Dance Chicago, Alvin Ailey American Dance Theater, Orsolina Forsythe/Pite, and Jacob’s Pillow Dance Festival. She joined Ballets Jazz Montréal in 2020.

QUOTE
“We shall not cease from exploration, and the end of all our exploring will be to arrive where we started and know the place for the first time.”

Marcel Mejia is originally from Miami, Florida. He graduated from New World School of the Arts and later attended George Mason University’s School of Dance under the direction of Susan Shields. He has performed works from world-renowned choreographers such as Lar Lubovitch, Nacho Duato, Andonis Foniadakis, Ivan Perez, and Alejandro Cerrudo. Mr. Mejia has also attended summer dance programs such as Springboard Danse Montréal in Canada – where he performed works by Johannes Wieland and Rachel Erdos – and the San Francisco Conservatory of Dance, dancing original works by Tom Weinberger, Alex Ketley, and excerpts of Ohad Naharin’s repertory. Marcel has served on the faculty of the Thomas Armour Youth Ballet and as a volunteer dance instructor at the Lotus House Shelter in Miami, Florida. He joined Ballets Jazz Montréal in 2019.

QUOTE
“Be somebody nobody thought you could be.”

Andrew Mikhaiel is originally from Mississauga, Ontario and earned a BFA at Marymount Manhattan College in 2017, under the direction of Katie Langan. During his tenure at MMC, he danced in works choreographed by Paul Taylor, Aszure Barton, Alexandra Damiani, Darrell Grand Moultrie, Norbert De La Cruz III, Adam Barruch, Larry Keigwin, and Jo Strømgren. He performed at The Joyce Theater for the Martha Graham Company’s University Partners Showcase, at the 92nd Street Y’s Fridays at Noon Series, and for the American Dance Guild. In his senior year, Andrew directed and organized a dance outreach program for NYC public schools, serving 240 3rd-5th graders. He was accepted to and attended Springboard Danse Montréal in the summer of 2016. Andrew joined Ballets Jazz Montréal in 2017 and became the artistic coordinator of the company in 2020.

Eden Solomon grew up in Montréal. She studied at l’École supérieure de ballet du Québec and continued her education at Arts Umbrella and at the Performance Research Project in Vancouver. She also attended programs such as Springboard Danse Montréal, the Creative Gesture (Banff Centre for the Arts), and Gaga intensives (SF, NYC). As a freelancer, Eden has worked with several choreographers, including Lesley Telford, Wen Wei Wang, Jasmine Ellis, Danielle Agami, and David Harvey. She has been a member of TWObigsteps Collective and collaborates with the multimedia collective Crack Cloud. Eden has presented choreographic research in Vancouver. She joined Ballets Jazz Montréal in 2020.

Born and raised in Vancouver, BC, Sophia’s studies in contemporary dance began with Arts Umbrella under the direction of Artemis Gordon. There, she performed works by many renowned artists such as Crystal Pite, Mats Ek, Sharon Eyal and Aszure Barton. While touring Europe with the company, she has also performed the creations of choreographers Fernando Hernando Magadan, Cayetano Soto, Lukas Timulak and Emanuel Gat. She has also participated in intensive summer workshops at the San Francisco Conservatory, the Banff Centre for the Arts and Jacobs Pillow. After graduating, Sophia joined the Ballet Junior de Genève in Switzerland and was an apprentice with Didy Veldman’s company Humanoove for the creation of @Home. She joined Ballets Jazz Montréal in 2020.

QUOTE
“The usefulness of the cup is its emptiness.”

WHY BALLETS JAZZ MONTRÉAL IN 3 WORDS
Learn To Learn

Born in Russia, Yosmell graduated as a dancer and teacher of contemporary dance and folk dance from Cuba’s National School of Dance (ENA) in Havana in 2005, and also received a diploma from the University of Arts (ISA) in 2014. Yosmell has collaborated with outstanding figures in the world of dance such as Rafael Bonachela, Mats Ek, Itzik Galili, Carlos Junior Acosta, Jan Linkens, Juan Cuz, and Ana Laguna. He has performed as a principal dancer of Danza Contemporanea de Cuba in Pal Frenak Company, in more than 22 works by Cuban and foreign choreographers, touring important festivals and theatre venues around the world. He is a choreographer for the Cuban National Ballet School and its performances at the International Ballet Festival of Havana and, thanks to his background in Olympic gymnastics, he also choreographs for circus performances. He joined Ballets Jazz Montréal in July 2016 and was promoted to principal artist in 2019.

“Leonard Cohen’s Dance Me is clever, oblique, and experiential. It washes over you like a shower of song and thought. It belongs in the pantheon of Canadian dance treasures.”

“Dance Me took the audience on a wide-ranging emotional journey. Artistically, it was beautiful in its precision and grace. The show’s choreography played continuously with shape, as dancers entwined as supposed lovers or performed impressive lifts. Clothed mostly in black, the dancers created not a visual spectacle, but a profoundly moving and aesthetically fascinating, visceral experience.”

“BJM is known for presenting contemporary work that fuses different genres, while still basing itself on the aesthetics of ballet (…). Under the artistic direction of Louis Robitaille, the company strives to present work that is both high quality and accessible to audiences. Dance Me truly represented those key values with brilliant dance artists and innovative musical, light, and media design.

“Under the artistic direction of Louis Robitaille from Les Ballets Jazz de Montreal, the production oscillates between contemporary dance with a capital C and theatrical performance art. Sweeping, fast-paced and sensuous, dancers lock tight in various entanglements then explode across the stage drenched in strobes of white light, silhouette and shadow. A spectacular display of nuevo ballet that’s charged and intense throughout.”

“The work opens with a mesmerizing slow motion play of light and shadow on two bodies in sculptural flux, connecting and disconnecting, limbs entwining, long lines softening into curves and spirals.”
– Karen Campbell, The Boston Globe

“The choreography features the kind of fearless, dissident aesthetic that many classically trained dancers can’t pull off, but BJM’s dancers throw themselves headlong into the challenge. It all makes for addictive entertainment.”

– Martha Schabas, The Globe and Mail

“Performing at a sadistically fast pace, BJM’s dancers blazed through fitful and relentless choreography dense with flailing arm movements, jumps, roundhouse kicks and falls.  If the character Hilarion in classical ballet’s “Giselle” were forced to dance to death in present time, it would surely look like this. The stamina-busting choreography was something to marvel at for its sheer creativity and exhilarating brilliance.”

“The dancing was poignant, with fresh, sharp and exaggerated movements glittering on stage. The emotions were ripe with a richness that was clear to see, feel and hear with animated facial expressions and punctuated accents.”

“BJM is a top class dance company. Their dancers will change your view of what the art-form is all about.”
– Philly Stage, The Inquirer Daily News

Make a donation
Support us

Sign up for our newsletter to receive the latest news, information on our artists and repertory, upcoming tours, and exclusive content!

You have been successfully subscribed to the newsletter!

There was an error trying to send your request. Please try again.